If you're a cannabis user, you may have heard of HHC and Delta-8.

But what's the difference?

HHC and delta-8 are naturally present in the cannabis plant and have a similar chemical structure that produces marijuana-like psychoactive effects.

As hemp-derived cannabinoids, these two compounds have become very popular as a "legal" alternative to marijuana use where recreational marijuana isn't legal.

So which one should you use?

Here's a breakdown of the differences between these two cannabinoids.

The Cannabis Plant & How Cannabinoids Interact With Mammals 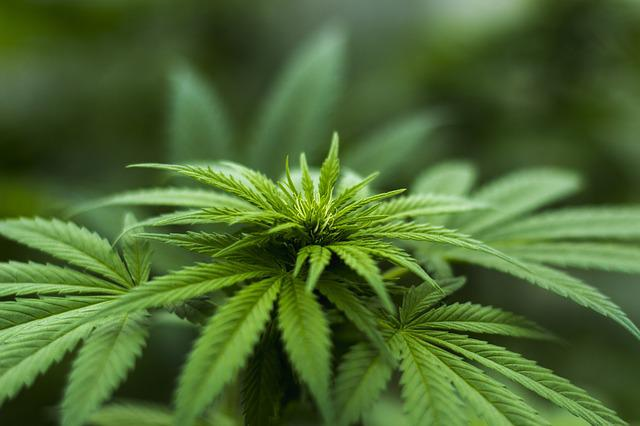 Cannabinoids are a class of active compounds found in the cannabis plants. There are over a hundred different cannabinoids that have effects on the body.

THC or tetrahydrocannabinol is the best-known cannabinoid, and it's the one that gets people "high." CBD or cannabinol is another cannabinoid, abundant in hemp plants that has gained recent popularity for its potential health benefits without producing psychoactive effects.

Cannabinoids interact with the body's endocannabinoid system (ECS), which is present in all mammals. This system is involved in regulating a wide range of function, including pain, mood, appetite, memory, and stress.

The exact wat cannabinoids work isn't fully understood, but researchers have observed them to bind to specific receptors in the ECS to influence various biochemical processes:

Scientists speculate that cannabis plants produce cannabinoids to protect themselves from herbivores, pests, and from harsh environments as many of these cannabinoids have anti-fungal and anti-viral properties.

HHC is the shorthand for hexahydrocannabinol, and it's a hydrogenated THC derivative.

HHC is found in trace amounts in certain high-potency cannabis strains, but most of what's used in HHC products is a semi-synthetic cannabinoid produced in a lab by hydrogenating THC [1].

HHC was first synthesized in a lab by the American chemist Roger Adams by hydrogenating THC molecules. This essentially replaces the carbon double bonds with hydrogen atoms, and it's the same process that transforms vegetable oil into margarine.

While THC naturally degrades into CBN (cannabinol), which no longer has psychoactive effects, HHC is the exact opposite molecule of CBN.

In its hydrogenated form, THC extends its shelf-life and ability to bind to CB1 receptors in the ECS to produce very similar effects to THC.

HHC products in vapes and edibles have become recently popular as alternatives to marijuana cannabis products, as HHC can be made from Farm Bill-compliant hemp crops.

Some companies and anecdotal reports online claim that HHC is a safe alternative to achieve the relaxing and mild euphoria from THC without detection on drug testing. However, this isn't guaranteed as some people also report failing drug tests from HHC use.

HHC and THC are virtually identical in their molecular structures, except for replacing the double carbon bonds with hydrogen atoms.

They produce very similar effects, and they both bind to the same receptors to produce changes in visual perception, influence hunger hormones, provide analgesic effects, and relax.

The only major difference in effects is that HHC seems less potent than delta-9 THC (the main cannabinoid in the marijuana plant). How much weaker is not an exact science. Still, most experts say that HHC is roughly 80% weaker than THC, which makes it less likely to produce overstimulation that generally leads to feelings of paranoia and anxiousness.

Unfortunately, as a minor cannabinoid, there's not much research on HHC, specifically on humans, but we can expect very similar effects as using delta-9 THC products.

Given the online anecdotal evidence from cannabis users, let's go over the potential uses and what cannabis enthusiasts use HHC products for.

The Potential Beneficial Effects & Uses Of HHC Include:

What Are The Side Effects Of HHC?

HHC is a psychoactive cannabinoid, which can be overwhelming to some people.

Everyone's tolerance to cannabinoids can differ depending on their experience with the compounds, body chemistry, and lifestyle, so it's important to take weight on the risk of the rise effects for their potential benefits.

HHC is said to have a very similar safety profile to THC—although there isn't as much research on the safety of these cannabinoids.

The biggest concern about HHC products and their safety is the manufacturing process. HHC isn't found naturally in substantial quantities, which is why most HHC gummies and vape products are lab-produced.

Transforming HHC from hemp-derived compounds requires an acidic conversion process. While this process is relatively safe when done correctly, poor manufacturing processes can leave behind chemical solvents and other harsh chemicals that can be dangerous when consumed in large quantities.

Unfortunately, there's a lack of regulation for the production and sale of hemp-derived cannabis variants because they're not sold for their therapeutic benefits, and none of the products on the market are FDA-approved.

This is why it's so important to thoroughly research the cannabis products you purchase online and only shop with reputable sources that provide third-party testing on the hemp extracts.

Third-party lab tests show you the cannabinoid potency and the contamination report on the HHC product you're looking at. It also helps to read online forums for other users' product experiences and interactions with a brand's customer service.

The reason HHC has become so popular is that marijuana still remains a federally controlled substance.

HHC can come from hemp and marijuana plants. However, only hemp plants became legalized with the 2018 Farm Bill.

Like delta-8 THC, HHC lives in a legal grey area.

While synthetic cannabinoids are banned under federal law because of their dangerous outcomes. HHC and delta-8 aren't completely synthetic because they are found in nature.

Still, some states have banned all analogs of THC, so it's important that you check with your local laws before ordering anything online.

Delta-8 THC is an isomer of the main psychoactive cannabinoid delta-9 THC, meaning it has a similar chemical structure but slight variations. The only difference is the placement of the carbon double bond, which is on the eighth chain instead of the ninth.

This variation gives delta-8 THC a slightly different effect than delta-9 THC. For example, delta-8 is known to be less psychoactive than delta-9. That being said, it can still produce feelings of relaxation and euphoria.

Like HHC, delta-8 is found in the raw plant in very small concentrations, which is why most delta-8 products are made by converting CBD through a chemical process.

Like HHC, delta-8 became popular as an alternative way to experience the marijuana high without risking legal reproductions in states that haven't legalized recreational marijuana use.

What Are The Effects Of Delta-8?

Delta-8 interacts with the same cannabinoid receptors as delta-9 THC in the brain to produce changes in perception, feelings of euphoria, relaxation, and changes in hunger—but it's about half as potent.

Some of the reported potential benefits and effects of delta-8 THC include:

What Are The Side Effects Of Delta-8 THC?

One of the reasons delta-8 has become so popular in the cannabis market is that it's less likely to produce some of the negative effects of marijuana use from delta-9 THC, like anxiety.

The safety profile of delta-8 THC is believed to be very similar to delta-9 THC and is non-toxic. However, HHC and delta-8 are still psychoactive compounds that can affect your perception and judgment, so it's important that you use them responsibly to avoid accidents or injuries.

Delta-8 THC side effects are mild and short-lived, but these are the adverse effects you should be made aware of when consumed in high doses:

Like HHC, most delta-8 THC products on the market are semi-synthetic. They're produced by converting a hemp-derived cannabinoid like CBD into delta-8 through chemical reactions using strong acids.

When executed correctly, the acids and any residual solvents should be completely removed before it's formulated into gummies, tinctures, or vape products—but there are some poor practices.

When shopping for HHC and delta-8 THC, always reference third-party lab tests that check for the potency and purity of the extract.

HHC and delta-8 live in a legal grey area. On a federal level, if the products come from the hemp plant with less than 0.3% THC (delta-9), then the plant and its derivatives are legal.

That being said, a few states have banned the sale and possession of delta-8, regardless of whether it was hemp-derived. These states include Alaska, Arizona, Arkansas, Delaware, Idaho, Iowa, Montana, Pennsylvania, Utah, and Vermont.

Cannabis laws seem to be in a state of flux in the United States, so it's important that you check with your local laws when shopping for cannabis products.

What Are The Dangerous Of Semi-Synthetic Hemp-Derived Cannabinoids?

Unlike synthetic cannabinoids under the name "K2" or "spice," which are completely produced in a lab and designed to bind to cannabinoid receptors and do not occur in nature, HHC and delta-8 are found naturally occurring in cannabis plants.

The problem is they only exist in very small concentrations, which makes it difficult to extract in meaningful amounts to produce products. However, they can be synthesized with the help of science in a lab.

This is why HHC and delta-8 are considered semi-synthetic.

Chemists use acids to hydrogenate or convert CBD or THC into delta-8 THC and HHC.

While the compounds themselves aren't found to be inherently toxic, residual solvents and other chemicals used in the conversion can be harmful to humans.

Only shop from trusted brands that provide a complete Certificate of Analysis of their compounds by a credited third-party lab to ensure that your product is safe for consumption.

The Takeaway: HHC Vs. Delta-8 THC: Which Should I Choose? HHC and delta-8 are both considered semi-synthetic cannabinoids that produce very similar effects to delta-9 THC in marijuana and are generally legal options for places where recreational cannabis isn't accessible. These compounds exist in nature, but most products require some chemical process to convert CBD or THC into HHC and delta-8.

Which one you choose will depend on the product's availability and the experience you're looking for. For the most part, HHC is still a relatively new cannabinoid, and you'll find much more delta-8 products available on the market.

In terms of effects, delta-8 is half as potent as delta-9, and HHC falls somewhere in the middle of the two. For nighttime use and general relaxation, many people prefer delta-8 THC.

For those looking for effects more similar to Sativa strains of marijuana, HHC could be a better alternative as it's stronger and has more stimulating effects.

Either way, it's important that you research what you purchase to ensure that it's free from potential contaminants and check with your local laws to avoid any issues CBD For Migraines: What The Research Says